Disadvantages of a Labuan offshore company

Difficult for Valuation, Appraisal, and Financing

While it is one of the main advantages of a Labuan offshore company is the confidentiality, privacy, and anonymity that is offered as a form of protection to the company and the owner.

However, this becomes a drawback or disadvantage of a Labuan company because this makes it difficult for potential financial partners or investors to make their own independent research and perform an estimated valuation of your business and its actual worth due to lack of publicly available information.

On the same note, it may be slightly more difficult to get approval for financing from lenders due to the same reason as above.

Proving Ownership of an Offshore Company

To elaborate further to the point above, the absence of detailed and publicly maintained registers can make it difficult to prove ownership of an offshore company.

Although confidentiality and anonymity are benefits of an offshore company but, when it becomes the owner’s best interest to declare and prove themselves as the shareholder of the offshore company, it might be a difficult and very time-consuming process, thus making it another disadvantage of a Labuan company.

Another purpose or advantage of setting a company offshore in Labuan is the Labuan tax benefits. However, this may indirectly be reflected or portrayed as a disadvantage.

While there has been nothing that is related to any Labuan offshore company in particular but there have been many publicly negative news relating to major companies and politicians avoiding their tax obligations using offshore companies in different offshore jurisdictions, as revealed in the Paradise Papers in 2017 and Panama Papers in 2015.

Being a Labuan company in a jurisdiction such as Labuan may limit off certain activities or benefits available in the resident home country of the company. For example, an offshore company (parent company’s resident country is the US) may not be able to enjoy trade benefits that are awarded to US companies due to their offshore registration.

The impact may only affect certain offshore companies, depending on the nature and purpose of the company setup.

These disadvantages are not specific to companies that are incorporated in Labuan offshore but rather to most other offshore jurisdiction as well. It is important to consider the pros and cons, more importantly, is to focus on the main benefits that you want for your company and business. 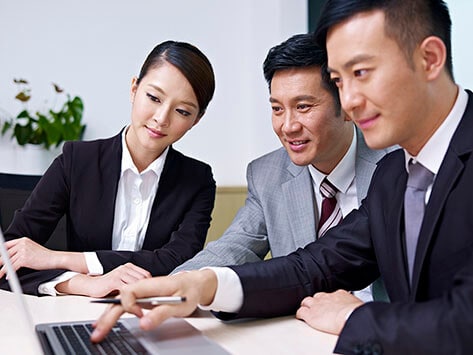 Something on your mind?

Ask us. We provide non-obligatory consulting and let us clarify your doubts.